This has been another busy month for us here at Hands on Harps. With our building works well and truly finished we have been focused on building harps to meet the orders that have come in over the past few months. Unfortunately we haven’t really had the time to progress much of our carbon neutral project this month. 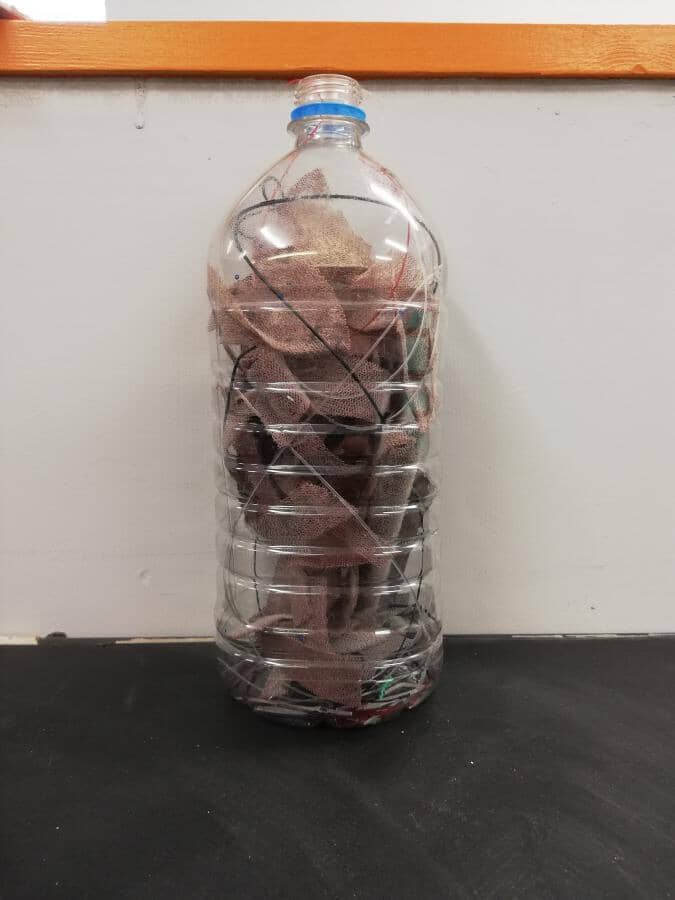 One small thing we have been doing, both at work and at home, is eco-bricking. It’s less about carbon footprint than it is about keeping plastic out of the environment. Many of us have seen some of the devastation caused by plastic in the environment, both on TV shows like Blue Planet and also in person whenever you visit a beach. One solution is to make use of plastic that can’t be cut out or recycled by packing it densely in plastic bottles and using it as a building material. We’ve been collecting unrecyclable packaging, broken strings and offcuts, zip ties and other odds and ends and packing them into bottles to make bricks.

It’s been good to see the Extinction Rebellion movement grow, and we await with anticipation what the week of April 15th brings, when the movement promises to push full force the message about environmental protection. As I’m sure you can appreciate, as parents and running a small business, we’re not about to go and do things that may land us in jail, but I personally am contemplating a temporary rebellion against the social norms that prevent us from discussing these issues with friends and family members who don’t agree with the importance of such choices. It’s a difficult balancing act-we’ve all seen stand-up comedians having a go at vegans for “pushing their agenda”, and while I think that they’re often just used as a target to assuage any guilt non-vegans (myself included) have for not making the same ethical choices, I also think you won’t change people’s minds or behaviour by making them feel uncomfortable.

I think that it’s important not to present these choices as all-or-nothing, because that leads some people to reject them altogether. If someone who eats meat twice a day can cut it down to once a day, then that’s a big win. Someone who flies regularly may be convinced to keep track of their flights and perhaps aim to make fewer this year than they did last year. After all, the biggest changes can be made by those who have the biggest footprint, and while it may be possible to get committed environmentalists to reduce their impact even further, the biggest potential for change is to be found in the mainstream.

Yesterday I was sat in my NCT group for a…

May and June Apologies for having missed May’s blog. It’s…

March This has been another busy month for us here…

Follow Us
Recent Posts
Categories
© 2014-2020 All rights reserved, Hands on Harps | Graphics by Get Nashi
Back To Top
×