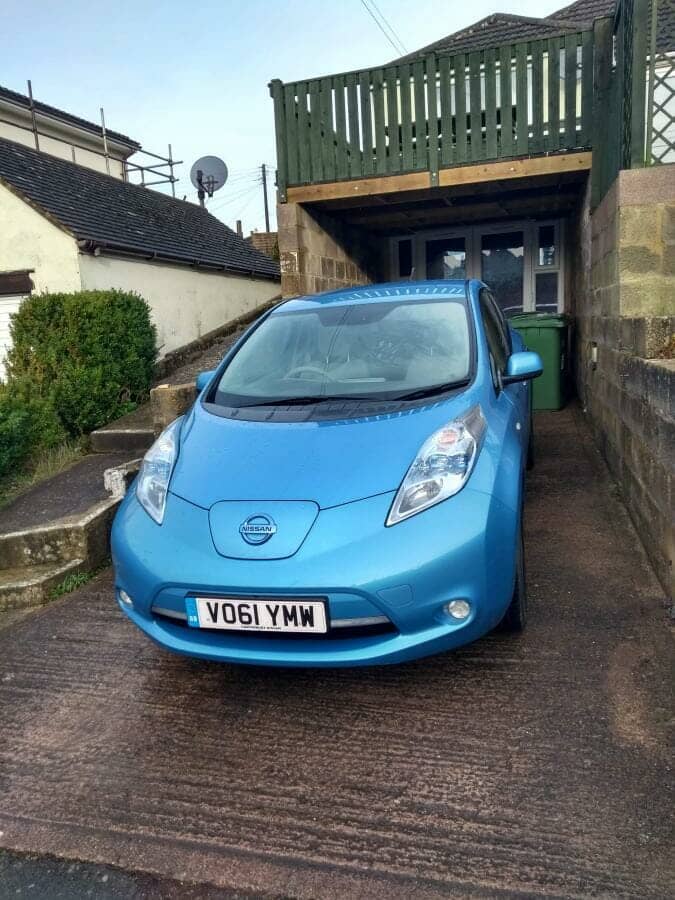 This month has seen the building work on our workshop nearing completion. Exciting times for Hands on Harps as we get nearer to being a proper business. With the space to really set things up the way we want them, and the team raring to go, it’s looking like 2019 is going to be a year of progress.

Already in the first month we’ve decided to change our approach to Carbon Neutrality slightly. There are certain changes that I know we’re going to make, so for example I don’t need to measure the energy usage of our old fluorescent tubes lights to know that we’d be better off changing them to LEDs. I don’t need to know how much energy it’ll save to block all the draughts in our workshop. Many of the improvements are obvious, we can make them and then do the measuring at the end of the process.

We have had a cheaper offer for carbon certification at around £2000 from Natural Capital Partners, but we’re still going to go it alone.

One of the biggest, and easiest, things a person can do to limit their carbon footprint is to join an electricity supplier that gets their power from renewables. We’re now with Ecotricity, who also happen to be based nearby, but there are many other options too and they can even be cheaper than some of the major ones.

On a personal note we’re also gotten rid of our enormous diesel powered Ford Galaxy in favour of an all-electric Nissan Leaf. We’ve never owned such a modern car-having been made in 2011 it’s only 8 years old! And despite needing to get a £7000 loan to buy it, it has made financial sense as well as being a big carbon saving. The loan is costing us £99 per month over 7 years, but we were previously spending around £170-180 on diesel each month, doing around 800-900 miles. It’s early days to see the effect on our electricity bill, but it looks like our extra spend on electricity will be around £50 per month, bringing the comparable costs to £149. We’re also paying no road tax, and maintaining an 8 year old electric car with 28,000 miles on it rather than a 17 year old car with 140,000 miles on it, so we’re definitely financially better off having made the switch.

Of course there is the range anxiety, and in this cold weather I’ve been getting no more than 50 miles out of it between charges. But the only time that has been a problem so far has been getting the car back from Canterbury to Stroud. I made the mistake of getting to the dealership at 4pm, so when I left at 6.30 on a cold evening it was optimistic of me to think I could drive across the country with ease! It was annoying having to download a different app for each different charger I used (there are quite around 15 different major charging networks around the UK), especially with low battery on my phone and a dodgy phone charging cable-I’ll know to be a bit more organised next time!

But for day to day driving the Leaf is perfect. We’ve got it set so it’s warm for us when we get in to set off in the morning, which as well as being cosy in the snow also means that it heats up using mains power (from renewable sources) rather than eating in to the range.

Given the works still happening on the workshop we’ve mostly focussed on the low hanging fruit big scale changes that would take the least time but make the biggest difference. Over the rest of the year we hope to do some more analysis to make more of the gains.

February looks set to be the month where we can set the workshop up for maximum efficiency, and hopefully start making some harps by the end of the month. Watch this space!

A discussion about the validity of offsetting projects-conclusion that they’re imperfect but as long as we reduce first then offset what’s left rather than using offsetting as an excuse not to change then we’re doing ok
https://www.theguardian.com/environment/2011/sep/16/carbon-offset-projects-carbon-emissions

We're excited to announce a new sustainability partnership with Zellar.…

What happened to Sar?

So here we are….what a busy couple of months!!! The…

No Harps Were Harmed in the Making of This Blog

Follow Us
Recent Posts
Categories
© 2014-2021 All rights reserved, Hands on Harps | Graphics by Get Nashi
Back To Top